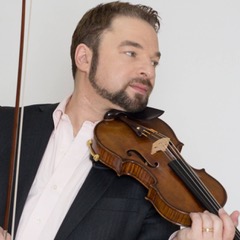 Emil Israel Chudnovsky hearkens back to the grand romantic tradition of the golden age of violinists. His lush sound and inimitable ability to connect with audiences have garnered him accolades from listeners, presenters, and critics alike. Recent seasons have included his debut at the Seoul Arts Center in South Korea with the KammerSymphonie Berlin, and his inaugural recording with the St. Petersburg Symphony Orchestra. Equally notable benchmarks include Chudnovsky’s debut with the Orquesta Filarmónica de Jalisco in Mexico, when he replaced an indisposed soloist for a previously unknown concerto on ten days’ notice. Other noteworthy appearances included Chudnovsky’s recital debut in New Zealand, and concert debuts with the Macon Symphony, the Palm Beach Symphony and the Orquesta de la Ciudad de los Reyes in Lima, Peru. His chamber music activity has also been intense, with repeated festival appearances at the famed Newport Music Festival and at Germany’s Henselt Festival, as well as concerts at the John F. Kennedy Center for the Performing Arts, New York’s Merkin Hall and London’s Wigmore Hall.

Chudnovsky has performed throughout Europe, Asia, South America and the Middle East. In the United States, he has played recitals and concerts with orchestra in Washington DC, California, Florida, Maryland, Pennsylvania, Texas, New Jersey, Connecticut, Illinois, Ohio, Virginia, South Dakota, and New York – including multiple appearances at Carnegie Recital Hall. At the Encore Summer Festival in Ohio, his debut performance gave him the unique distinction of being the only non-CIM student or alumnus invited to appear on the Festival’s Blue Ribbon series.