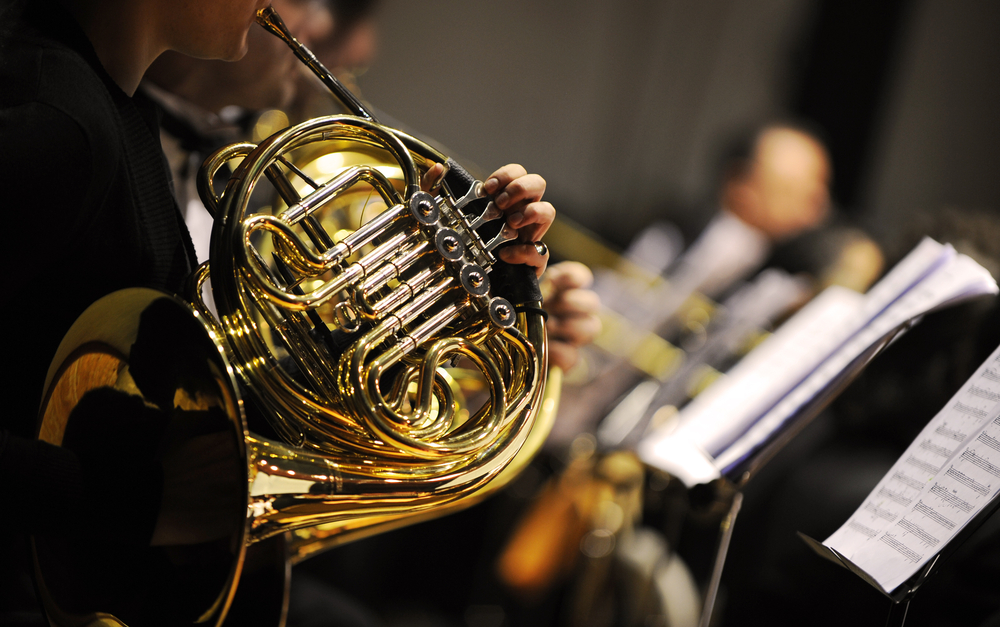 The Summit Symphony Orchestra was formed in 1938 by the Summit Board of Recreation with the dual purpose of (1) providing an arena for qualified non-professional musicians to read and perform orchestral music, and (2) presenting orchestral concerts, free of charge, to residents of Summit and the surrounding areas. It has been performing in Summit every year since.

Currently the roster of musicians for the orchestra includes about 65 active members, often including a few high school students. Rehearsals are held normally at 7:30 on Wednesday nights at either the high school or the middle school. New musicians are welcome at any time, especially in the string sections. For more information contact us.

The concert schedule consists of three concerts a season, open free of charge to people of all ages, and held at either the high school or the middle school. Most concerts are held on Sunday afternoons. Programs consist of orchestral music by the great classical composers, and the orchestra is well known for obtaining outstanding soloists to perform with it.

Every other year the orchestra sponsors a Young Artist Competition which is open to all New Jersey high school students. Three winners are chosen to perform with the orchestra at the May concert. Other appearances by the orchestra in recent years have included the First Night celebrations, children’s concerts, the Library Fund Raiser, the Summit Centennial, and the 9/11 Remembrances.

History of the Orchestra

The Summit Recreation Commissioners (later called the Summit Board of Recreation, now the City of Summit Department of Community Programs) were the originators and sponsors of the Summit Symphony Orchestra. The first concert was held March 17, 1938 under the direction of J. Fred Muller. The soloist for the evening was Gregory McNab, billed as a concert and radio soloist, who performed 6 songs. The orchestra numbered 60 members for that concert. Some of those musicians were still performing with the orchestra in the 1970’s.

Mr. Muller was Supervisor of Music in the Summit schools from 1934 to 1948 and was influential in persuading the Board of Recreation commissioners to sponsor the Summit Symphony. He was director of the orchestra until 1948. During the war years in the 1940’s the Symphony did not perform.

In 1948 when Mr. Muller left for another post in Indiana, the orchestra was taken over by Harry S. Hannaford who conducted until his retirement from the public schools in 1974.

In 1968 a 30th anniversary concert was held on March 6. J. Fred Muller attended as a guest conductor. The soloist for the evening was Marjorie Slapin, cellist, who performed the Cello Concerto of Camille Saint-Saens.

In 1974 Francesco Ferruccio Giannini became conductor of the Summit Symphony. Other conductors have been Clarence J. Andrews, Anthony Ingram, Howard Vogel, Richard Vitzhum, Fedor Kabalin, Ira Kraemer and David Aurelius. James Sadewhite became the conductor in the 1985-86 season. Each of these musical directors has shaped and developed the symphony over the years to be the outstanding community orchestra it is today.

The orchestra has performed in a community service capacity on several occasions, including at Greystone Park Psychiatric Hospital in March 1972, at Lyons Hospital and in CIBA-GEIGY’s Family Day. The orchestra has also participated in Summit’s First Night celebration from its beginning in 1993 until its cessation in 2004.

The orchestra first sponsored a Young Artist Competition in 1983, and every other year since then. This competition is open to all New Jersey high school students as an opportunity to play a major concert piece with a symphony orchestra. In addition to this event, the Summit Symphony has featured many young players as soloists over the years.

A children’s concert was held in February 1985 with funding from the Junior League of Summit, and again from 1987 to 1994 with funding from Ciba Pharmaceuticals Division. We revived this tradition in 2006 with hopes of continuing it.